25 years ago the Ponca Tribe of Nebraska had a vision of Restoration. What follows is the narrative of the people that came together to make that vision a reality, and the milestones that helped shape the rich Ponca culture that we know today. Join us as together we explore this visual timeline of people, places and events. 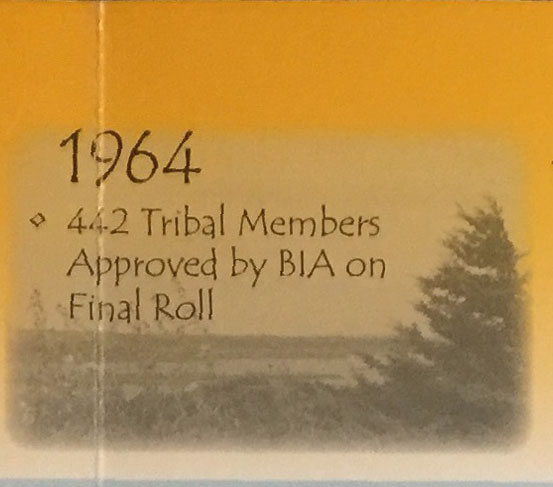 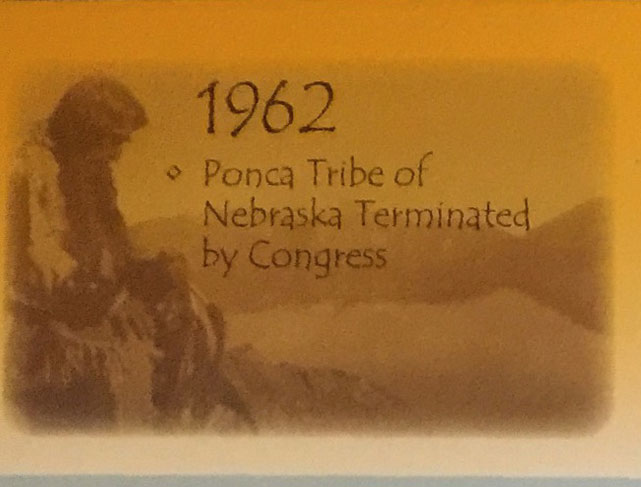 The Trial of Chief Standing Bear 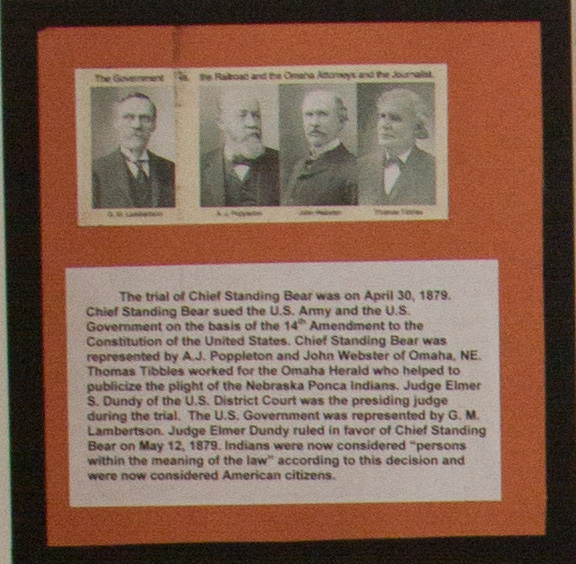 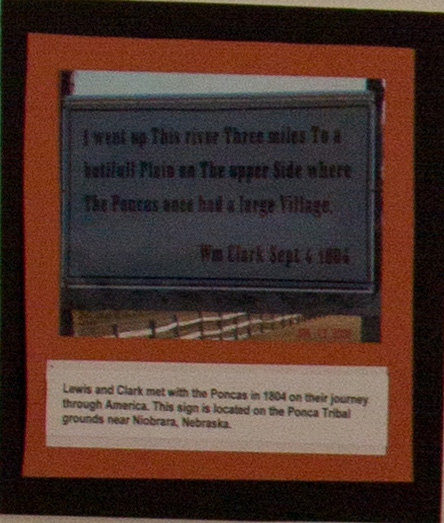 Lewis and Clark met with the Poncas in 1804 on their journey through America. This sign is located on the Ponca Tribal grounds new Niobrara, Nebraska

I went up This river Three miles To a butifull Plain on The upper Side where The Poncas once had a large Village.